On Friday, November 16, Karen Ann Quinlan Hospice and Sussex County Community College will present an exclusive screening of LOVE, GILDA, at 6:30 p.m. in the Performing Arts Center. In honor of his sister Francine Feder and family friend Cathy Hogstrom Stiller, five time Emmy award winner, Executive Producer of LOVE, GILDA, Alan Zweibel and his wife Robin, also an Executive Producer on the film, will hold a question and answer session after the screening.

In her own words, comedienne Gilda Radner reflects on her life and career. Weaving together her recently discovered audiotapes, interviews with friends (Chevy Chase, Lorne Michaels, Laraine Newman, Paul Shaffer and Martin Short), rare home movies and diaries read by modern-day comedians inspired by Gilda (Bill Hader, Amy Poehler, Maya Rudolph and Cecily Strong), LOVE, GILDA opens up a unique window into the honest and whimsical world of a beloved performer whose greatest role was sharing her story.

Gilda Radner puts a smile on the faces of people who remember watching her as one of the original cast members of Saturday Night Live, where she created and portrayed such now-classic comic characters as Roseanne Roseannadanna, Emily Litella and Lisa Loopner. She quickly rose to meteoric fame in television, movies and on Broadway, and was declared ‘one of America’s sweethearts.’ LOVE, GILDA, directed by Lisa D’Apolito, is a true autobiography, told in Gilda’s words and in her own voice. Working with the Radner Estate, D’Apolito unearthed a collection of diaries and personal audio and videotapes documenting her childhood, her comedy career, her relationships and ultimately, her struggle with cancer. Alan Zweibel, executive producer of LOVE, GILDA, will be at the screening and will hold a question and answer session following the movie.

An original “Saturday Night Live” writer, Zweibel has won multiple Emmy, Writers Guild of America, and TV Critics awards for his work in television, which also includes “It’s Garry Shandling’s Show” (which he co-created and produced)  “The Late Show With David Letterman and “Curb Your Enthusiasm”.

A frequent guest on all of the late night talk shows, Alan’s theatrical contributions include his collaboration with Billy Crystal on the Tony Award winning play “700 Sundays”, Martin Short’s Broadway hit “Fame Becomes Me”, and six off-Broadway plays including  “Bunny Bunny – Gilda Radner: A Sort of Romantic Comedy” which he adapted from his best-selling book.

All told, Alan has written eleven books including the 2006 Thurber Prize winning novel “The Other Shulman”, the popular children’s book “Our Tree Named Steve”, the novel “Lunatics” that he co-wrote with Dave Barry, and most recently a parody of the Haggadah titled “For This We Left Egypt?” which he wrote with Dave Barry and Adam Mansbach.

Alan’s humor has also appeared in such diverse publications as The New Yorker, Esquire, The Atlantic Monthly, the New York Times Op-Ed page, The Huffington Post and MAD Magazine.  He has also penned a best selling e-book titled  “From My Bottom Drawer.

The co-writer of the screenplays for the films “Dragnet”,  “North”, and “The Story of Us”, Alan has received an honorary PhD. from the State University of New York and because of the diversity of his body of work, in 2010 the Writers Guild of America, East gave him a Lifetime Achievement Award.

Alan is currently preparing  “Bunny Bunny” for a return to the New York stage, is writing a cultural memoir titled “Laugh Lines – 40 Years Trying To Make Funny People Funnier” for Abrams Books and is adapting his novel “The Other Shulman” as a TV series for Sony.

In addition to the talk shows, Alan’s also appeared in episodes of “Curb Your Enthusiasm” and “Law & Order”, and can currently be seen in the documentary “The Last Laugh” about humor and the Holocaust; Judd Apatow’s “Zen Diaries of Garry Shandling,” on HBO, as well as “Gilbert” about the life of Gilbert Gottfried.   Most recently, he executive produced a documentary titled “Love, Gilda” that premiered this spring at the Tribeca Film Festival and this season is appearing in four episodes of CNN’s “History of Comedy.” 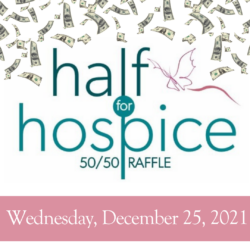