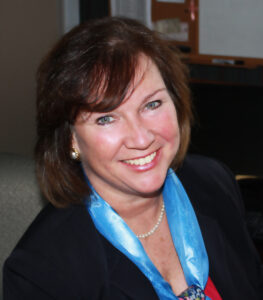 “Through her many years of dedicated service to the organization, Marlina has demonstrated the skills needed to assume the role of acting executive director,” said Julia Quinlan, co-founder and chairman of the governing board.

Schetting will be the key management leader of Karen Ann Quinlan Hospice, Karen Ann Quinlan Home for Hospice and the Joseph T. Quinlan Bereavement Center. She is responsible for overseeing the administration, programs and strategic plan of the organization. She will report directly to the governing board.

A longtime member of the hospice interdisciplinary team, Schetting has served the agency in several capacities for over 30 years and most recently as community administrator.

Schetting began her tenure with the Karen Ann Quinlan Hospice as a hospice volunteer in 1986. She was instrumental in starting early bereavement programs such as “Camp Connections” Teen Camp and the Children’s Art Bereavement Program. Schetting has worked as an adjunct professor at Rutgers University School of Social Work, where she lectured on death and dying. She continues to supervise student social work interns in the tri-state area as a certified field instructor.

Karen Ann Quinlan Hospice was founded by the Quinlan family in 1980 to provide support to patients and families dealing with a life-limiting illness. This support allows patients to live life on their own terms and face the future with the dignity and comfort that we all deserve.

« Share the Love Campaign to help Hospice
Time to Shred and Help Others! »